A monitoring meeting initiated by EACEA was held at the University of Banja Luka on July 5, 2019 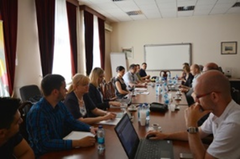 Monitoring meeting within the Erasmus + Project (Capacity Building): "Strengthening Internationalization in Higher Education Institutions in Bosnia and Herzegovina" (abbreviated as "STINT" from "Strengthening of Internationalization in Bosnia and Herzegovina Higher Education") was held on 5 July 2019 at the rectorate of the University in Banja Luka.

Presentation of realized project activities and plans for using the achieved results were the main topics of the meeting in accordance with submitted questionnaire with detail replies.

The STINT project involved all public universities in Bosnia and Herzegovin as well as three universities from the countries of the European Union: KU Leuven - University of Louvain (Belgium), Buckinghamshire New University - (United Kingdom Great Britain and Northern Ireland) and Instituto Politechnico do Porto - Polytechnic Institute in Porto (Portugal). The project partners were also the Ministry of Education and Culture of the Republic of Srpska, the Ministry of Education and Science of the Federation of Bosnia and Herzegovina, the Agency for the Development of Higher Education and Quality Assurance of Bosnia and Herzegovina, the Agency for Accreditation of Higher Education Institutions of Republika Srpska and the Center for Information and Recognition of Documents higher education.

More details about the project, partners and activities can be found at: http://stint-project.net/ 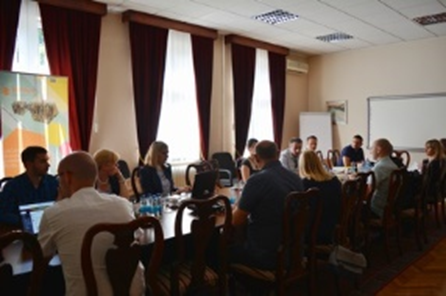